TRUTH: IS THERE A ZOMBIE APOCALYPSE IN 2022?

by Ebube Oge
in Celebrity
0 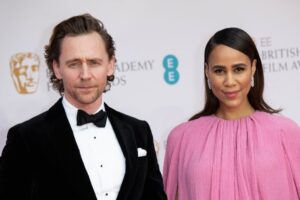 It’s a happy news from the Popular actor, Tom Hiddleston and his actress fiancee, Zawe Ashton as they show the world that Zawe is Pregnant.

This will be the first baby of the couple together, and ValidNewsToday sends it’s congratulations and good wishes to the pair who are both 41 and 37 years old.

This happened on Wednesday June 29th at the Premiere of her new movie, Mr. Malcolm’s List, in New York City, and there fans saw her baby pump.

See the red carpet photo below. 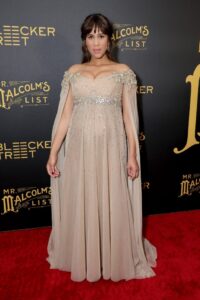 At the red carpet of the movie Premiere, Zawe that famous English actress who played Julia Thistlewaite in the period drama Mr Malcom’s List, looked stunning in a gold, off-shoulder shimmery chiffon gown.

There you can see her growing baby bump.

ValidNewsToday explore on the new TikTok challenge/quiz called the primary love language quiz that helps you build stronger relationships. This...

Cardi B surprises fans by getting a face tattoo

Cardi B surprises followers by way of getting a face tattoo Cardi for all intents and features is stated for...