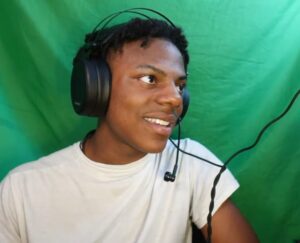 Below in this page, we will be exploring on the latest update on YouTube after Popular YouTuber, IshowSpeed was banned on the platform.

Just like many other platforms including ValidNewsToday, YouTube is very strict on thier guildlines and with that see the reason why IShowSpeed was banned on YouTube.

IShowSpeed, is a very popular channel with million followers with the YouTuber being, Darren Watkins Jr.

Darren has been in the game for a long time and did grow his channel to millions both on YouTube and other Social media but unfortunately due to policy violation, he was banned on YouTube in July 2022.

Darren Haas had troubles in the past, but not like this one. He himself saud goodbye by announcing on its INSTAGRAM story that he has been banned from YouTube.

You must have heard me earlier saying that YouTube are very strict with guildlines violations and all that, so the reason why IShowSpeed has been banned from the platform was for showcasing explicit content during his latest live stream.

Explicit contents as you know is against YouTube Guildlines and the YouTuber even acknowledged that the showcasing wasn’t a content that should be seen by children and due to this he hid his screen as the explicit content played in the background but at a  point, people are able to see what is happening as the picture disappears for a split second.

At the time of the showcasing, There were nearly 90k viewers who had been watching the stream while the adult act was taking place and after the live-stream, many also slammed the YouTuber for showing the content to the young audience and that’s it. YouTube banned him due to the Explicit contents showcased in his last live.