THIS IS US SEASON 6 EPISODE 18 RELEASE DATE, TIME AND FINALE PREVIEW

WHO IS DEJA’S BOYFRIEND ON THIS IS US? SEASON 6 REVEAL EXPLAINED

WHO IS THE WEDDING SINGER ON THIS IS US AS KEVIN’S NEW CONNECTION UPSETS FANS? 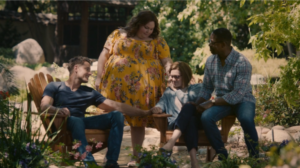 WHY THIS IS US SEASON 7 WON’T BE HAPPENING ON NBC.

As much as we don’t really want to hear that our show is coming to an end, we should always know that Even every good thing must end and one of it is our drama series this is us as it’s just been announced that the show that was Premiered back in 2016 and has been one of the best series with huge fanbase.

It’s still a shock to fans that This is Us is coming to an end after fans long waited for the sixth and final season, which now let fans to bid farewell to the Pearson family for the last time.

As the show ends, let’s below, tell you the reason why the show won’t it be returning for season 7?

This Is Us season 6 had arrived on NBC in midseason on Tuesday, January 4th, 2022 and now the series concludes the story about the  Pearson family.

Now about the reason why This is us won’t be getting a 7th season is because it was always the plan of the show’s creators to have a six-season series only.

This was hinted by the creator Dan Fogelman back in 2019 and truely we have seen enough of the Pearson family .

Tags: This is usThis is us ends
ADVERTISEMENT

THIS IS US SEASON 6 EPISODE 18 RELEASE DATE, TIME AND FINALE PREVIEW

THIS IS US SEASON 6 EPISODE 18 RELEASE DATE, TIME AND FINALE PREVIEW Below in this page, we will explore...

WHO IS DEJA’S BOYFRIEND ON THIS IS US? SEASON 6 REVEAL EXPLAINED

WHO IS DEJA’S BOYFRIEND ON THIS IS US? SEASON 6 REVEAL EXPLAINED NOTE: SPOILERS FOR SEASON 6 EPISODE 17 Below...

WHO IS THE WEDDING SINGER ON THIS IS US AS KEVIN’S NEW CONNECTION UPSETS FANS?

WHO IS THE WEDDING SINGER ON THIS IS US AS KEVIN’S NEW CONNECTION UPSETS FANS? In this page, we will...

WHEN IS THE LAST EPISODE OF THIS IS US? SEASON 6 FINALE DATE CONFIRMED

WHEN IS THE LAST EPISODE OF THIS IS US? SEASON 6 FINALE DATE CONFIRMED In this page, we will explore...