Where to Watch and Stream Sunrise: A Song of Two Humans Free Online 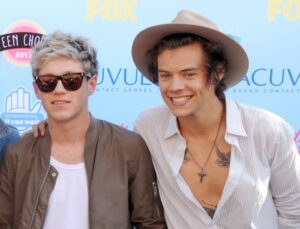 Fans are excited with the surprise appearance of Niall Horan to Harry styles Love on Tour.

It was when Harry Styles was performing at Wembley Stadium in London on June 19 for Love On Tour and boom a surprise audience in the midst was his old pal and Irish singer, Niall Horan!

Niall and harry were a former bandmates and they both have always had each other’s back even years after their group dismembered and it’s a shock for fans seeing him there. They lived and enjoyed that the  Irish singer was among them grooving along to Harry’s vocals.

see when harry and niall’s friendship is the best and most genuine that came out of 1d pic.twitter.com/PdZvK1OLBn

Now the social media, Twitter is swamped with posts by emotional fans who couldn’t believe that Niall Horan who dressed in a casual clothes was at Love on Tour and he watched his friends perform in the presence of hundreds and thousands of fans.

The Love on Tour is Harry’s ongoing 2022 concert and he made a stop in London for his last show.

Where to Watch and Stream Sunrise: A Song of Two Humans Free Online

Below in this page, we will be revealing to you, where you can Watch and STREAM the 1927 fiil  Sunrise:...

Below in this page, we will be debunking the new rumors, that Trending claiming that rapper Lil Tjay is paralyzed....

Below in this page, we will be talking about what happened at the Indianapolis Show as the Chicks had to...