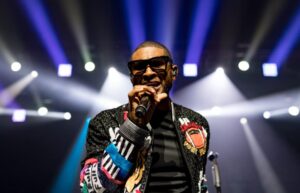 Below in this page, we will be exploring on the memes that been flooding online of Ushers Watch this after his Tiny Desk Performance at the Tiny Desk Concert series that was held on Thursday June 30th.

Usher has impressed fans not at the concert, only with his angelic voice but his amazing performance where he performed his greatest hits including  You Make Me Wanna, Superstar, U Don’t Have to Call, Nice & Slow, Confessions Part II, and My Way. So, since the concert, memes of his hand gesture has been flooding online especially on Twitter.

Amid this below, we’ll show you the best Watch this meme to use. Keep reading below to find out.

Usher’s gesture cracks fans up and thanks to that hilarious GIFs and memes, we couldn’t overlook his unforgettable performance at the Tiny Desk concert.

Usher showed off his moves and he fingers over his eyes while whispering “watch this” with his hand gestures and in no time the internet broke in different memes of the singer.

You ought to watch this!