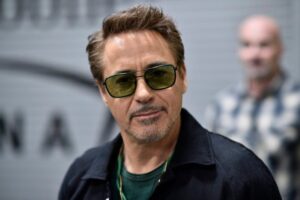 Below in this page, we will be exploring on the net worth of Robert Downey Jr and Tony Spark as recently sparked online, comparing the wealth of both stars.

Indeed we know that the American actor, Robert Downey Jr is very rich and can  retire very comfortably after his stint with Marvel but he’s nowhere near his character Tony Stark on the rich list.

Lets Explore on both net worth below.

Net worth of Tony Stark and Roger Downey Jr

The acting career.of Robert Jr is not today but started back in 1983, the his  first successful show, American Passion, and he continued on the Saturday Night Live in 1985.

His role in the Marvel’s Iron Man, aka Tony Stark was really what what got him famous and a lot of money as his salary for working for Marvel, the Avengers was $80 million.

In 2020, Downey became the highest paid actor in the world for the third consecutive year.

Now about his net worth, Robert Downey Jr has an estimated net worth of  $300 million which is very much okay for any man but despite thst, of we are to compare his net worth with Tony Stark  his on-screen counterpart that’s just just spending money as in the Marvel Cinematic Universe (MCU) Tony Stark is the second richest character.

Tony Stark has a staggering net worth of $100 billion while then the one character with more money, that’s the Black Panther with a net worth of $90.7 Trillion.

NO, ROBERT DOWNEY JR IS NOT DEAD: SOCIAL MEDIA HOAX WORRIES FANS The death hoax, we have reported this year...