A Reddit user shared a picture of a woman texting ‘we have covid shhh’ and it’s been blowing up on the internet with lots of people outraged.

With COVID-19 cases increasing all over the world, it is no surprise that people are becoming more conscious of their surroundings.

A reddit user who goes by the name tristydotj, shared a picture of a woman he was traveling with.

“caught this woman sitting in front of me on a plane sending some very alarming texts.”

In the photo, the woman can be seen texting and the message reads:

“We have COVId shhh. That’s why we are coming home a day early. On the plane.”

The second picture shows a message that read:

“when we got to the hockey game last night you either had to have proof of a vaccine or a negative test. We had neither so that guy let me sneak in sharing nana’s but he made dad go next – and get a test. They tested him twice and… positive.”

A lot of people have used social media as their platform for expressions of rage towards the unknown woman. 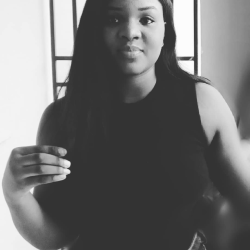 Winner okoroafor
Author/Content Writer at OGE LALA BUSINESS CONCEPT
Okoroafor winner, a writer and a student. She finished her secondary school education at Federal Government Girls' College Owerri. She is currently attending Alex Ekwueme Federal university of Technologyin the departmentof medicine and surgery.
She has written some works like "tending to the storm","Bitten" and is currently working on another work.