by Ebube Oge
in BBNaija
0 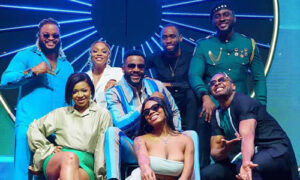 Below in this page, we give you the five contestants that will be entering the bbnaija house today as phots of the four contestants gets leaked online.

This was after the great launch of the 7th season yesterday July 23rd where the house gave us 12 talented personalities who are currently into the show to compete for the grand prize of N100,000 and become celebrities.

For the list of contestants, it remains 12 names which is yet unknown untill a popular Instagram blog, Gistwell recently revealed the pictures of housemates that are expected to grace the Big Brother Naija Season house tonight which is the second launch day of the Next Level Edition.

See the photos of the leaked Five contestants Below.

Tom Holland and Zendaya followers choose to know whether or not the couple are nevertheless together after break up rumors...