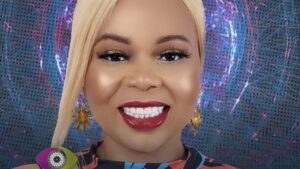 Many are curious to know who Diana is as he had gave some kind of vibe in the show and definitely caught attention when she mentioned that she will gain all of the housemates trust and use it to her advantage. What a Badass, right?

WOW, WE LIVE Diana, who is the 20th Big Brother Naija Season 7 Housemate introduced in the show.

As per Diana, her plan is to win all the housemate heart likewise, the organizer and by doing such it will guarantee her winning Diana wants to win as she will definitely give her all.

Her plan is to gain all of her Housemates’ trust and use that to her advantage to win.

it is not doubt that The collection has arguably become a cult traditional over current years, with each the manga...

The K-drama series, Big Mouth is almost reaching its halfway mark as it will be airing episode 7 on August...