TIMESHIFT KEY’S POWER AND HISTORY IN LOCKE AND KEY EXPLAINED 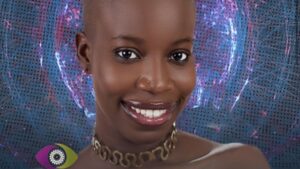 Many are curious to know who Allysyn is as she had gave some kind of vibe in the show and definitely caught attention when she said that is different and unique, many viewers felt so too.

We saw and loved Allyson, who is the 17 Big Brother Naija Season 7 Housemate to be introduced in the show.

We all love Allysyn, except if you don’t cause she believes she is completely different from other housemate and she says she’s going to standout which I believe.

Allysyn plans is to shoot her shot as she is single and she has an open mind.

In today's TV news, we got for you news about the return of the Karate Kid villain as the...

Tonight (August 10) specifically used to be thw start of any other season of Celebrity MasterChef which for all intents and...