WHO AMERICAN MUCKRAKERS PAC ARE AFTER WILD LAUREN BOEBERT CLAIMS

3 In Hospital After Police Fire On Dutch COVID-19 Protesters

Alexandria Ocasio-Cortez has contracted covid. Her office confirmed in a statement at the weekend, but has AOC been vaccinated?

The Democratic congresswoman made the announcement on Sunday evening via a letter posted on her Twitter profile.

On Sunday night (January 9th), her office confirmed that she had tested positive. And stated that:

“she experiencing symptoms however she was recovering at home”

“The congresswoman received her booster shot this fall and encourages everyone to get their booster and follow all Centers For Disease Control And Prevention (CDC) guidance,” the statement added.

According to The Daily Mail, the Democratic congresswoman was spotted a week ago in Miami with her boyfriend, Riley Roberts where they attended an outdoor event.

As reported by the Mail, Florida confirmed a record 150,251 covid cases on January 4th, around the time the New York representative was in Miami.

In other news, New York City has seen a surge in cases in recent weeks due to the rapid spread of omicron.

She received a booster dose of the Pfizer vaccine in October 2021, writing at the time on her Instagram Stories:

“My side effects from the first two shots have largely been a sore arm and day-after fatigue. Right now, my arm is sore again.”

“But I am not as tired as I was the last time. We’ll see tomorrow.”

In a press release from September 2021, the Food and Drug Administration approved the Pfizer booster for certain populations six months after their first jab.

She showed full concern in a follow-up tweet, where she provided a link to CDC and NYC resources for those who have contracted the virus and need to book a test or vaccine appointment.

The link to the resources from her website below:

For information on what to do if you’re exposed to COVID, test positive or want to schedule a test or vaccine in New York City — see our round-up of CDC and NYC resources here: https://t.co/TdI8nAhQAL

Although it is unclear when and where she contracted the virus,  she has followed protocol. She informed the public about her contraction and vaccination, taken her booster vaccine jab. AOC has also  proved resourceful with information in her social media handles. It is safe to say that she has a handle on the situation. 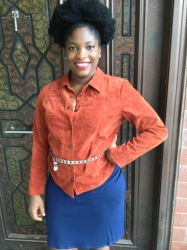 WHO AMERICAN MUCKRAKERS PAC ARE AFTER WILD LAUREN BOEBERT CLAIMS

Below in this page, we will be explaining on the new discussion that's been Trending online about American MUCKRAKERS PAC...

As the emergence of a new variant of the virus – Omicron in the country Nigeria have experience a great...

3 In Hospital After Police Fire On Dutch COVID-19 Protesters

Ij case you missed, previously on Validnewstoday they have been Protest in Netherlands as the people protest for the new...

Canada Allow Entry of Travellers Vaccinated with Covaxin from November 30

The Officials of Canada have announced the Travel requirements for It's citizens and for foreign who are looking forward to...