HOW TO STREAM ‘UNTRAPPED: THE STORY OF LIL BABY’ DOCUMENTARY ON AMAZON - VALID NEWS TODAY

HOW TO STREAM ‘UNTRAPPED: THE STORY OF LIL BABY’ DOCUMENTARY ON AMAZON

HOW TO STREAM ‘UNTRAPPED: THE STORY OF LIL BABY’ DOCUMENTARY ON AMAZON 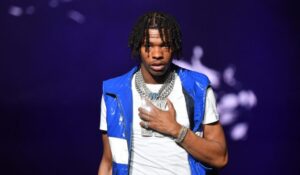 Below in this page, we will be exploring on the exclusive Documentary, ‘Untrapped: The Story of Lil Baby’ that has been Trending afterbeing that  shared on the occasion of Father’s Day June 19th 2022.

Many fans are eager to watch the documentary but don’t know where to watch, so ValidNewsToday below will reveal where you can stream the documentary that first premiered at the Tribeca Film Festival in New York City on June 11.

More about Untrapped: The Story of Lil Baby

‘Untrapped’ a documentary of Lil Baby is believed to take a deep dive into the rapper’s life, navigating his journey to fame and struggles on the personal front and also, we will see the story at the time he’s not in prison and time in prison and its influence on his career in music.

How to stream ‘Untrapped: The Story of Lil Baby’ Revealed

The documentary, ‘Untrapped: The Story of Lil Baby’ will be available to stream on Amazon Prime at Release.

While the documentary is slated for an August 26 release on Amazon with also an exclusive clip from it shared on the occasion of Father’s Day June 91th offering Twitter users and Lil Baby fans’ a glimpse of the documentary.

In the short triller, we saw the documentary reflects on Lil Baby’s childhood with a single parent as he talks about the importance of his presence in children’s life.