‘HONESTLY, NEVERMIND’ MERCH BY DRAKE BRANDED AS ‘FIRE’ BY FANS WITHOUT ANNOUNMENT

‘HONESTLY, NEVERMIND’ MERCH BY DRAKE BRANDED AS ‘FIRE’ BY FANS WITHOUT ANNOUNMENT 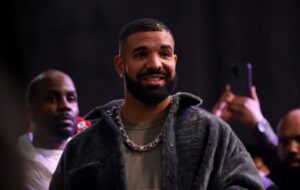 If you’re a fan of the Popular International singer and rapper, then you must have heard the talk of him dropping a collection called the Honestly, Nevermind Merch, same name as he’s new studio album.

Fans are hailing and branding the collection as fire without even seeing the merch or know any details about it and they don’t care, just falling the the merch fire Merch.

Amid that, please also know that the latest project by the rapper has received mixed reviews, the merchandise is being deemed “genius” and “fire” at same time.

On Drake’s Official site, you’ll see he recently dropped the Camo Sympathy T-Shirt, featuring the merch for his previous album Certified Loverboy, in collaboration with Nike and now that a new album has arrived, he’s teasing a new Merch.

The merch indeed got all fans exited, both with the newsudden announcement of his latest album and him also teasing his new merch.

As of yetz no details have been shared about the merch except that the singer posted individual pictures of hoodies and t-shirts from his ‘Honestly. Nevermind’ collection on his Instagram Stories.

Of the photos, we saw a grey T-shirt with the name, Honestly, Nevermind on it and two other tees have the phrase “Huge fan of your old stuff” printed on them over his picture.

Hello, thank you for choosing ValidNewsToday, below in this page, we will exploring on the new collabo collection by Jacquemus...

Below in this page, we will be revealing on what The new Spotify Icebergify is and tell you how to...