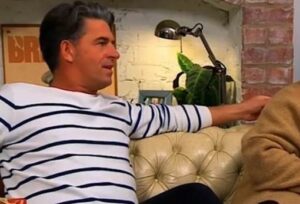 Let’s in this page, explore on the case of the Former Gogglebox star Andrew Bennett who has been jailed for a sex attack on a teenage boy and sentenced to 29 months in prison.

Reports came in today about Andrew who appeared as an armchair critic on season 12 of the Channel 4 programme, the reports by the Mirror says that Andrew Bennett, has been jailed after he “cornered” a teenage boy at a house and subjected him to an attack that left the boy “in tears”.

According to the court, Andrew, had initially denied the attack but he took selfies with the victim before cornering him on a sofa at the property and attempting to lure the boy into the bedroom for a sex act.

Today, the court sentences the TV personality to 29 months in prison and ordered him to sign the sex offenders register.