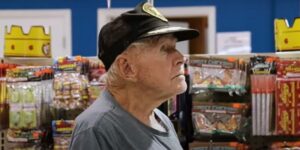 Papa jim was an internet sensation and after the new posted by YouTuber Danny Duncan, who often featured Papa in his viral videos, tributes from fans and friends began to flood online.

ValidnewsToday send it’s tribute to the family and well-wishers of the Favorite grampa, Papa Jim who died at the age of 92.

At the time of writing, his family have not disclosed any details about his death.

As we mourn our grampa, let’s explore on the relationship between YouTuber Danny and Papa Jim.

Like we said earlier, the new about papa Jim’s death was shared on Instagram on May 12, 2022, by Danny who posted a series of pictures with the elderly prankster, the post was then captioned:

“Thank you for all the laughs and unforgettable memories. I love you papa Jim. RIP.”

Papa Jim, was the grandfather of the YouTuber’s close friend David Tomchinsky, who works as an Executive Assistant/Social Media Manager for Duncan’s brand.