CHILEAN WORKER ACCIDENTALLY PAID 300 TIMES HIS SALARY, 165M Pesos, IF IT HAPPENED IN THE US

CHILEAN WORKER ACCIDENTALLY PAID 300 TIMES HIS SALARY, 165M Pesos, IF IT HAPPENED IN THE US 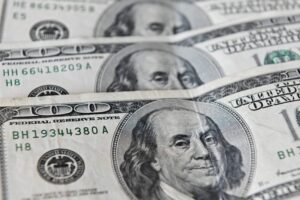 A bizarre and surprising event have occur in CHILEAN, Chile and authorities have issued a charge for a Chilean worker, at the Consorcio Industrial De Alimento was accidentally paid more than 300 times his salary.

The said worker was paid in total, 165,398,851 Pesos and he had disappeared from his workplace and now faces charges of misappropriation of funds.

Its funny actually as the man had been claimed by internet users to have just received only a huge bonus at the end of the month by receiving 300 times his salary for the month of May.

The funny part is not the Payroll error but the part that the man ran, and that what has created divided online as many are criticising the worker for trying to keep the money, while others have admitted they’d do the same if they were in his position. Funny Right, What would you had done? Send to ogeebube@validnewstoday.com.

So, this Chilean worker disappears after being accidentally paid more than 165 million pesos and before he disappeared, he had notified the company about the payroll mistake on 30 May 2022 and was directed to return the extra money at the bank to which He agreed he’d do but instead kept the cash and ignored messages and calls from his employer for three days.

What he did next was funny as he dropped a letter of resignation through the worker’s attorney on 2 June and up till now, his current whereabouts is unknown and the company has filed a complaint charging him with misappropriation of funds.

As of the time of this post, there’s no report of arrest of the suspect but below, we explore on what would be the penalty if it had happened in the US, United States. Keep Reading below to find out.

What’s penalty for misappropriation of funds in United States?

Misappropriation of funds in the United States is a type of theft that’s similar to embezzlement and as per Cornell Law School, Misappropriation of Funds is the “fraudulent taking of personal property by someone to whom it was entrusted”.

So, we see the that misappropriation of funds is in circumstances where the property is “accessible to, but not entrusted to, the perpetrator”.