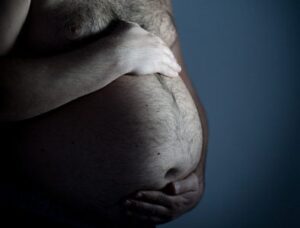 Below in this page, let’s explore on the trending conversation that is going about on Twitter social media about the Pregnant Transgender Man Ad, by the Brand, Calvin Klein.

It’s the new ad campaign by Calvin Klein’s Mother’s Day 2022 . The ad features, a pregnant transgender man and it was also posted on Instagram with caption;

“Today, in support of women and mothers all over the world, we’re spotlighting the realities of new families.”

The ad has confused mnay and conversation was sparked online as to why a pregnant man was shown in a Mother’s Day campaign.

See what the ad campaign truely mean below.

See the true meaning of the Calvin Klein ad Campaign

The Mothers day as campaign by the Brad company had stated on May 8tj with a series of photos showing women from different walks of life and among them was one transgender man with his wife and it was Captioned.

“are expecting parents from Brazil. Roberto is due to give birth to his and Erika’s son, Noah, any day now.”

The pictures posted shows, the couple lying in bed, sporting Calvin Klein, and cradling the fully grown baby bump with an overlay quote that reads:

“We can reproduce biologically or from the heart..our place is to love and be loved.”