Will The Kardashians be on Disney+? How to watch Hulu series in the UK 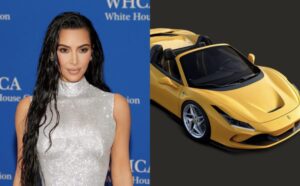 In all sense, we can’t actually believe that the fact the none of the Kardashians own a Ferrari means that they are banned from buying a farrari.

In the new reality TV show of the  Kardashians’ that air on Hulu every Thursday are showing us the lines of the internet Celebrities and this time arround we get to see more of Kim, Kourtney, Khloe, Kendall, Kylie and Kris.

The star take the cameras inside their houses, closets, relationships, arguments and even their cars and a new rumor, a baseless one has gone viral that the Kardashians are banned from buying a Ferrari cars and the sister all have an incredible vehicle collection, including Rolls-Royces, Bentleys and Lamborghinis, but no Ferraris.

Since the week the bizarre rumors has been trending and it claims the Kardashians, including Kim and everyone else in the family, are not allowed to buy Ferraris.

But we say that is a baseless rumors that has no evidence of meaning behind it. The unconfirmed claims state that the whole family is on a Ferrari ‘blacklist’ but it should be noted that the car brand has never admitted to blacklisting certain people.

This is not the first time as in the past, there have long been rumours that specific celebrities aren’t allowed to buy their cars but it’s a different case as the presumably, the brand only want certain people representing their luxury image.

According to the internet, the Kardashians are one of the family Celebrities that the brand want to be representing their luxury image, with other celebrities like Justin Bieber and Floyd Mayweather, also in the rumoured blacklist.

This rumors is still untrue as it’s not yet confirmed, stay tuned.

Will The Kardashians be on Disney+? How to watch Hulu series in the UK

Will The Kardashians be on Disney+? How to watch Hulu series in the UK Written by OGE EBUBE KINGSLEY, copyright...